Former President, owner, and CEO of City compressor remanufacturers, Dwayne (Rusty) Moreland, has grown up his whole life with compressors in sight and a wrench in his hand. His father instilled his vision and principles in Rusty at an early age and worked side by side with him to teach Rusty the business. Growing up, Rusty had the privilege of seeing all sides of the compressor industry. He worked in the manufacturing plant remanufacturing compressors and learning the specifications of what it takes to build the best compressors. He worked in the office helping customers and taking orders, and he worked for twelve years in the commercial and industrial air conditioning service field. This had given him the ability to understand all angles of the industry. He has recognized the importance of quality compressors and the importance of taking care of customers. At one point, he was also a City Compressor customer and understood the everyday problems and demands of customers. Together, these principles have helped etch City Compressor into one of the largest and oldest independent compressor remanufacturing companies in the United States. 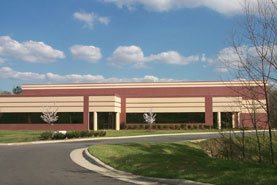 In 1995, City Compressor purchased Raymond Services Inc. in Charlotte, North Carolina. This location gave City Compressor the ability to ship most compressors the same day an order is placed, but also placed 56% of the US population within a one day drive of our Charlotte facility. In keeping with our desire for quality and due to the increased manufacturing volume, in 2000 City Compressor built a new facility located just off I-77 in Charlotte.

Over the past couple of decades, City Compressor has grown its position in the marketplace from a local presence to a national supplier. Now, the global marketplace is becoming a reality for distribution of our compressors. City Compressor is evolving into a world class global organization that still emphasizes the personal and immediate needs of every customer. We intend to be the supplier of choice for aftermarket remanufactured compressors by focusing on quality with an industry leading warranty return rate, ready ship availability from in stock inventory and excellent innovative customer service.